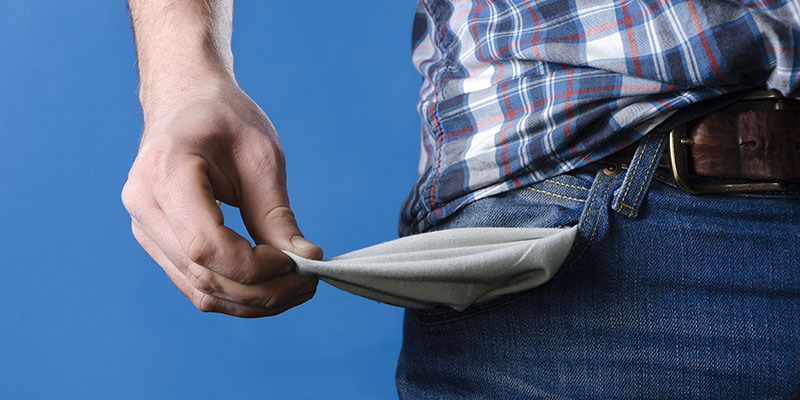 The Affordable Care Act (ACA) is intended to make affordable health insurance available to all. But we have seen that simply making it available does not result in 100% enrollment…not even close. It seems odd that you would have to push and prod people to take advantage of something that is free, but that’s the reality of Obamacare. Millions of low to moderate income families in the United States would qualify for free health care through Medicaid or highly subsidized policies through the insurance exchange if they would just apply.

There are many reasons why some qualifying families do not take advantage of these health care benefits. Some find the process confusing and don’t know where to go for help. Some people just procrastinate and don’t give it much thought until there is a health emergency. Others simply fail to get the message in the first place. Failure to get the message is perhaps the biggest tragedy of all in this, the Information Age.

The IRS, for example, obtains information from tax returns that could help identify people who would be eligible for government-subsidized health care, but who don’t take the steps to make it happen. The key indicator is the earned income tax credit. NPR reports that about half the taxpayers who receive this credit would be eligible for “significant financial assistance.” There are some states that do a much better job than the IRS of informing these low-income families of the potential health benefits available to them. The IRS certainly could do more in this area since they are currently doing nothing (besides providing a link to the government health insurance website). Of course, sending them a notice from the IRS might not have the same effect as putting them in touch with a “navigator” who would contact them directly with assistance.

The Treasury Inspector General for Tax Administration (TIGTA) is concerned that the IRS is not prepared to combat the onslaught of tax fraud that is anticipated once the IRS begins paying premium tax credits associated with the Affordable Care Act (ACA).  TIGTA recognizes that the IRS has systems in place to combat fraud in general; it has always been one of their top priorities.  But specific ACA fraud is another story.  The IRS is not prepared for this new responsibility which is bound to reveal unforeseen nuances.  The IRS has tested its systems that compute subsidies under ACA and the testing revealed flaws that could result in the IRS being unable to identify fraud prior to the issuance of credits.  In plain English, what this means is there is a significant risk that the IRS will inadvertently pay out credits to people who don’t really qualify.  According to the IRS, they have already made system corrections prior to the issuance of today’s report and they will be prepared.

If you file a tax return and claim a refund, but it turns out that you should not have claimed a refund (or if you claimed an excessive refund), you could be liable for payment of penalties.  Similarly, if you made an erroneous or excessive claim for a tax credit, the IRS has authority to assess penalties.  The penalty could be as much as 20 percent of the erroneous refund or credit claim, and it may be assessed without regard to the taxpayer’s good intentions.  Innocent mistakes are equally subject to penalty.

The IRS hasn’t been very diligent in enforcing this penalty in the past several years, but the Treasury Inspector General for Tax Administration (TIGTA) hopes that will change.  In a recent audit report, TIGTA discovered that the IRS had initially misinterpreted the law allowing assessment of penalties, and then even after modifying their official interpretation, still failed to adequately enforce it.

It seems hard to believe that there would be a tax penalty statute on the books that the IRS wasn’t interested in enforcing, but it’s true.  Between May 2007 and May 2012, the IRS assessed only 84 erroneous refund penalties totaling $19 million.  That’s only about 17 per year, although the average assessment was upwards of a quarter million each.  It looks like the IRS had been targeting only the most egregious high-dollar cases.

In May 2012 the IRS admitted the tax law interpretation error and published an updated memorandum, but still has not put into place processes and procedures to guide front-line IRS personnel who make the day-to-day decisions of whether or not to pull the trigger on penalties.  Consequently, between June 2012 and May 2013, the IRS had allowed over 700,000 erroneous tax credits to slide by un-penalized to the tune of $1.5 billion in lost revenue.  And it is not just about lost revenue; it is about training the American taxpayer to be careful with the claims made on tax returns, because errors and false claims impose a big burden on the IRS in terms of both time and money.

The Earned Income Tax Credit (EITC) is a refundable federal income tax credit that was first offered to taxpayers back in 1975 to help prevent low income families from slipping into poverty.  EITC can mean tax relief (lower taxes) for some and a tax refund (cash in pocket) for others.  When EITC exceeds the amount of tax owed, it results in a tax refund for those who qualify.  As you can imagine, the EITC is one of the tax provisions that is most susceptible to fraud.

The reason why Wal-Mart’s numbers are off is actually two-fold.  First, the start of tax season was delayed this year, and a whole week’s worth of tax refund checks could add up to at least another $1 billion or so.  Second, and more importantly, the IRS is reviewing as many EITC claims as possible this year to try to identify fraudulent claims.  However, according to the IRS no more than 5 percent of EITC claims are being delayed.

This blog post lists some of the Annual Inflation Adjustments published by the IRS today that are interesting not only  to CPAs and tax attorneys. It may be helpful to understand that the 2012 “tax year” was last year (for taxes filed in 2013). But the 2012 tax season is right now (well, actually between January 30th and April 15th 2013). So, we will not be required to file for tax year 2013 until the 2014 tax season. The terminology gets a little confusing.

Make note of these changes because lawmakers may one day be purging the tax code of all deductions, exemptions, credits, and anything else that resembles tax relief.

The health care coverage mandates under the Affordable Care Act are scheduled for January 1, 2014.  So what will it mean for business owners?

The maximum qualified subsidy is 50% and is available to small businesses with an average payroll for full-time equivalent employees of $25,000 and ten or less full time employees. The subsidy is presently scheduled to be reduced by 3.35% per additional employee and 2% per additional $1,000 of average income.

Therefore, the savvy small business owner, who is doing good by contributing to their employee’s health insurance will be able reduce their expenses by paying careful attention to their workforce and wages paid. It may be necessary to consult with an experienced CPA or tax attorney for a more individualized understanding of these tax incentives.

As I was looking around on the redesigned IRS website today, I came across the “Understanding your IRS Notice of Letter” page and was reminded how much I like it.  It features a table of IRS notices organized by notice number, and including a short description of the notice content in plain language.  This is a good resource for taxpayers who have no idea what they received in the mail and who just need a tax relief starting point.  And it’s nice that the IRS is making changes to its notices and letters so they are easier to understand, even though the most common phrase on these notices is:

You owe money on your taxes as a result of these changes.

Coincidentally, I did come across a couple notices that seem to suggest that the IRS is looking out for the taxpayer by pointing out tax advantages that were not claimed:

CP08 – You may qualify for the Additional Child Tax Credit and be entitled to some additional money.

CP09 – We’ve sent you this notice because our records indicate you may be eligible for the Earned Income Credit (EIC), but didn’t claim it on your tax return.

But somehow I doubt anybody ever gets this kind of notice!

Movie and television producers are going to realize, if they don’t know already, that they won’t find maximum tax relief by setting up shop in New Jersey.

You probably heard about New Jersey’s governor, Chris Christie’s denial of a $420,000 tax credit for MTV’s Jersey Shore earlier this year. Christie doesn’t approve of the show because it “perpetuates misconceptions about the state and its citizens.” It’s probably safe to say that most people from NJ would prefer out-of-staters soon forget the association with Jersey Shore.

However, democrats continue to push for passage of legislation that would grant tax credits for production companies that shoot films and TV shows in the Garden State. The democrats point to a 2008 study showing that movie maker tax credits are good for jobs and good for the local economy in general. The republicans point to a 2010 study showing that movie production incentives have no such effect.

The irony in all this is that New Jersey, specifically Fort Lee NJ, is known as the birthplace of the motion picture industry. The state suffered its first hit 100 years ago when most filmmakers moved their operations to California where they could film year-round with little threat of inclement weather. Could these tax issues be the second major setback for New Jersey’s film industry?

The Earned Income Tax Credit (EITC) is a refundable credit for low to moderate income households. It is a very desirable form of tax relief because it actually puts money back in their pockets . . . if they qualify.  The problem is that over the years the IRS has also paid out in circumstances where the taxpayer doesn’t really qualify. In fact, in 2009 over 26 million people received nearly $59 billion through the EITC.

In an effort to promote more accuracy (and less fraud) in connection with EITC, the IRS is likely going to make it a requirement that all paid tax preparers include Form 8867 with all returns that include the credit. Right now it is a proposed regulation still awaiting public comment and final approval. In years past, tax preparers were required to complete this form (to prove their due diligence) and retain it in case of audit. But under the proposed regulation, paid tax preparers would be required — beginning January 1, 2012 — to actually file the form along with the return.